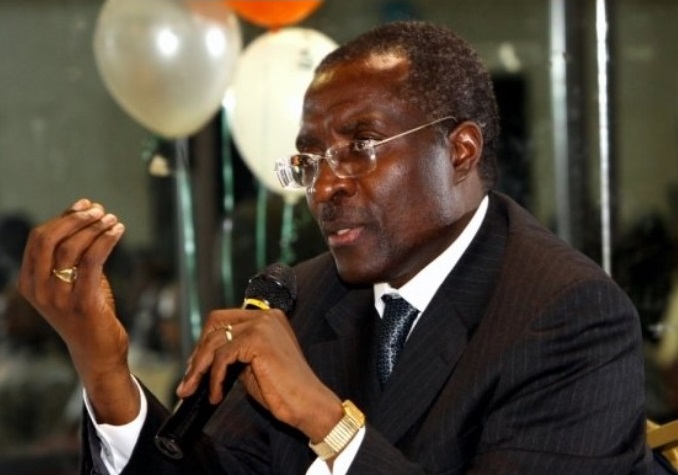 Christopher Fomunyoh proposed for mediation in view of ending the crisis

Presented by The Independent observer as “best potential negotiator,” Dr. Christopher Fomunyoh is ready “to make the necessary efforts and sacrifices for peace to return in the two Anglophone regions disturbed in particular and to the whole of Cameroon in general.”

© Jean Assomo et Marcien Essimi ǀ La Voix Des Décideurs – The central character of “The Cameroun of tomorrow,” “would be ready to be a mediator in the anglophone crisis if he had the opportunity,” according to The Independant Observer in its edition n°133 published last mid-May.

Apart from his competences as an expert in elections recognized at a worldwide scale, Dr. Fomunyoh is a humanistic and social actor well known in and out of the country and who, from his reconciling social action, the shrewdness of his acts and words, proposes to give counsel and orientations likely to definitively put an end to the Anglophone crisis in Cameroon.

The ongoing crisis in the Anglophone regions for almost two years now leaves no Cameroonian indifferent, because of the serial killings;  be it of civilian people or elements of the forces of security, kidnapping of personalities and other individuals.  It is in short an asphyxiating situation at the socio-economic level and which, in time, could lead unfortunately to a generalized social crisis in our country.  In order not to arrive at this, it is still time not only for  Cameroonian authorities but also for all the social actors to act in favour of peace and to avoid this blood bath which can only slow down or even break all the efforts provided this far for the socio-economic development of our country.

This is a Cameroonian who has acquired in the course of  time a reputation of peace builder and negotiator in conflicts recognized not only by the Western world, but also by Africans and Cameroonians, Dr. Christopher Fomunyoh, current Director of NDI(National Democratic Institute) for Center and West Africa. His competences as an expert in elections on a worldwide scale, and his humanist action recognized of all prompt to say that, he can play a most determining role in finding a consensus to the current crisis.

He is elsewhere mentioned with much tenderness in the Far North where the sadistic activities of Boko Haram left many families mourning and others homeless without a means of nourishing or clothing themselves.  Not long ago, Dr. Fomunyoh assisted the families of the deceased and displaced not only by comforting messages, but also by the supply of goods in order to provide for their primary needs.  He thus gave them a significant gift of foodstuffs and medical products amongst others.  Those of the East region also remember him with gratitude, for he went to their rescue under circumstances similar to those of the Boko Haram victims.

The consensus is building up

“Our brother Dr. Chris Fomunyoh seems me to be a privileged interlocutor for us to discuss with serenity and together get to a common solution.”

Putting aside followers of politization, partisan and abject analysis, all makes believe that Dr. Fomunyoh, due to his competences, his qualities and his reputation considered very favorable in all the country, can play a determining role in the pacification process of the Anglophone regions.  The proposal remains in the appreciation of the Cameroonian authorities, which should associate characters such as Dr. Fomunyoh and many others to these negotiations that Cameroonians want with all their wishes, in view of the suspension of the hostilities.

In a Cameroonian whatsapp forum, a member, formerly a detractor of this North West native. writes:  “Our brother Dr. Chris Fomunyoh seems me to be a privileged interlocutor for us to discuss with serenity and together get to a common solution.”

Its should be pointed out.  Certain media more or less at the pay of Yaounde regime do not hesitate to tag him with the label of one of the organizers of the secessionists claims.  Faced with this intoxication, another member of this forum reacts:  ” let us not lose sight of the fact that in this anglophone crisis certain manipulators, to undoubtedly neutralize a possible candidature of Dr. Fomunyoh Christopher for the 2018 Presidential, wrongly presenting him sometimes as the American candidate, sometimes as an Americain spy of the CIA sometimes as a terrorist armed by the billionaire George Soros.” “Voices like those of Luc Michel or of my friend Antoine Awana still resound on Africa Média to convey this false thesis and present the Anglophone crisis as an imperialist setting to destabilize Cameroon. Wherefore the need of a good diagnosis.  It is possible that certain western powers could want to take advantage to exploit this crisis for geopolitical ends.  It is not excluded that the behavior of our government is in favour of such an interference in our internal matters”, observes this speaker.

Answering a Cameroonian net surfer who asked him questions on the said Anglophone crisis, to know:  “who is Soros? What is your relationship?  What is your bond with the institutional and diplomatic preeminence of Senegal in the destabilization of Cameroun in the current Anglophone crisis?  “Dr. Christopher Fomunyoh declared:  “George Soros is a well-known personality throughout the world.  Each one can find information relating to him on public spaces like ‘Google’ and ‘Wikipedia’ etc.  He is also present on the social networks, notably Twitte, therefore everyone can ask him these questions directly”

I am completely lost when you talk about a destabilization plan of the country from Senegal, etc.  I do not believe in this assumption and I do not see why Senegal, friendly and francophone country, would want to destabilize our country using the Anglophone population of the country.  More than lost, I am deeply saddened by this kind of reasoning which freely dirties the reputation of well respected personalities and, worst still, prevents an effective diagnosis of the ongoing crisis

He continues:  “I am completely lost when you talk about a destabilization plan of the country from Senegal, etc.  I do not believe in this assumption and I do not see why Senegal, friendly and francophone country, would want to destabilize our country using the Anglophone population of the country.  More than lost, I am deeply saddened by this kind of reasoning which freely dirties the reputation of well respected personalities and, worst still, prevents an effective diagnosis of the ongoing crisis.  How then can one solve a crisis if from the beginning the  diagnosis is false, saying to people who complain that actually, they are very all right with themselves and that  the grievances raised are mere schemes of Senegal and Soros.  Incredible! ”

looking at realities in the face

“My conviction is clear:  the Anglophone crisis that our country at this moment is having emanates from acts done by us Cameroonians. Today, it is worsened before our eyes by other vile acts and the words of hatred which some of our own compatriots hold.  I hope that we would have the courage to look at realities in the face and also to make a sincere introspection in the search of solutions in order not to be carried away by the ease of looking for a non-existing scapegoat,” he concludes.

Hope is not lost

It should be noted that Dr. Fomunyoh was in the country last May for the mourning and funeral of his father. And according to the newspaper “The Independent To observer” published since Bamenda, there was a multitude in his native village of Guzang – Batibo however located in a rather hot zone.  Even eyewitnesses who left from Yaounde, Douala, Bafoussam and other regions of the country confirmed that no incident occurred, as if on each side everyone wanted to observe a truce to permit the famous compatriot bury his father and organize the traditional ceremonies thereto related in peace. This to say hope is not lost, on condition of finding respected and experienced intermediaries.